Once upon a Hallyu 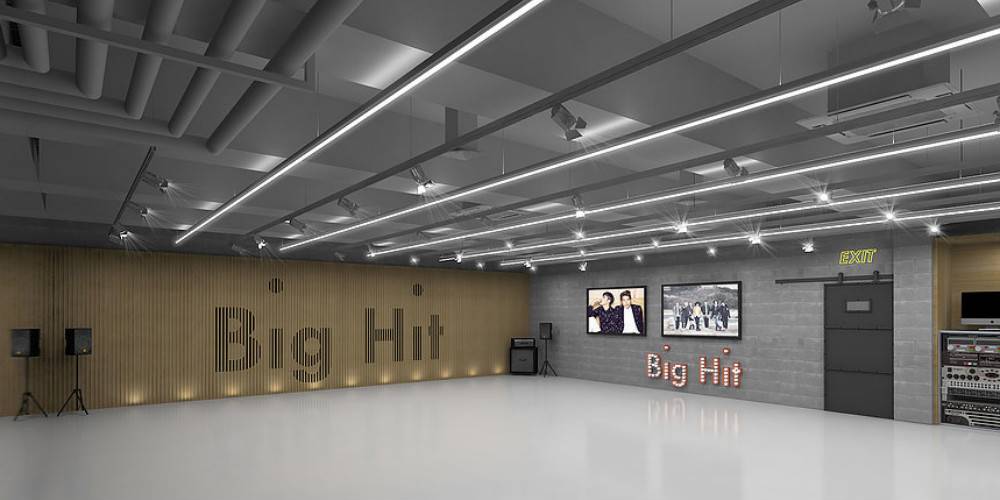 Big Hit Entertainment [빅히트엔터테인먼트]: the home of BTS and Homme, founded by Bang Si-Hyuk in 2005.

If you’re a Hallyu fan, visiting Entertainment companies must be on your bucket list. However, when you decide to pay Hitman Bang’s agency a visit, you might want to gear up because you’re going to walk as if your life depended on it … I know your fangirl life does.

Today, I’m going to share with you my quest to find Big Hit Entertainment.

I’ve always heard stories about how the building was almost impossible to find, but I only started believing them when I experienced it myself.

Basically, we walked around Gangnam for a couple of hours following an offline map that only got us derailed. Thankfully, the nicest Ahjumma offered to help and showed us around the area.

On our way, I managed to walk by the street where Namjoon was spotted a day earlier. The funny and unfortunate thing was that we were supposed to visit Gangnam on that very day, but we stayed in because of the pouring rain.

Upon crossing countless slope roads, we finally reached our destination: Big Hit Ent. The wide building was covered in doodles left by fervent ARMY from all over the world, as they wrote messages of support and gratitude to BTS on most of the property’s walls.

After our successful mission, we decided to grab a bite at Jil’hal Bros. This time, my sister was our guide as she followed the itinerary on Google maps. Suddenly, we found ourselves standing in front of JYP Entertainment, only a few steps away from our journey’s end: it was a pleasant surprise indeed.

Talk about fortune, my sister spotted GOT7’s Yugyeom ordering from the very restaurant we were heading to; at the time, we assumed that he was ordering his food to go.

We went inside to grab a seat, but a backpack was placed in the middle of both available booths, so we stood there, hesitant. A few minutes later, Yugyeom entered. He picked up his backpack and kindly ushered us to sit at either booths. I thanked him before I picked a table that was located further than both booths, since I figured he could use a little privacy while he enjoyed his meal.

A few days later, we attempted to find Big Hit’s new building, and let me tell you: it was beyond easy to locate. As I have suspected, the Wi-Fi signal that popped in my phone the other day indicated that we were literally standing in front of the new Big Hit headquarters.

Once we pinpointed the main entrance, I quickly snapped a couple of photos in front of it to commemorate the moment. This time, the office made sure to put up “no loitering” and “no scribbling” signs on the building’s wall, which made me feel a little bit intimidated, but it was quite understandable. They were also strict about leaving fan mail on Big Hit’s door, so if you’re in Seoul and want to send the boys a letter, make sure to use the address below!

That’s all for today! Feel free to contact me if you have any questions, and stay tuned for more Hallyu gems. Until I see you next time, thank you for reading me.